“ Alcohol may be man’s worst enemy, but the bible says love your enemy.”
Frank Sinatra

I miss my mom! I had no idea of the void I would feel once mom passed. I relish the thought of our reunion in heaven. It will be a wondrous time. There are so many things I want to say that somehow I was too busy to tell her on earth… She was truly the perfect mother for me; always so accepting and supportive of who I was and what I wanted to do in life. I can hardly remember her ever criticizing me or telling me not to do something I wanted to do. 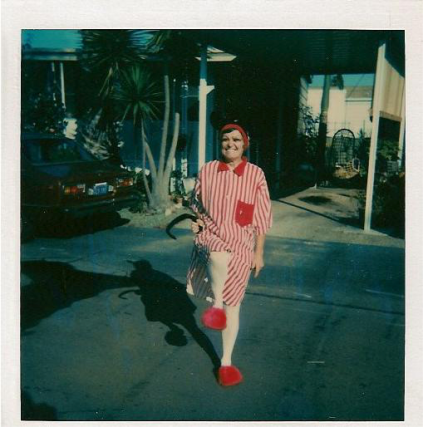 Char marching proudly to Hoag Hospital for a shift on Halloween

While dad greatly influenced my surfing and athletic side, it is mom and her family (grandma Oa especially) who have most influenced who I am today as a person. When I look back at mom’s life I am amazed at what she accomplished while having the odds stacked against her. She always kept her perk and cheer, in spite of the challenges she faced. Everyone admired her grit and determination to be independent and do exactly what she wanted. She was a very hard worker who was determined to pay her way and not rely on anyone. It is her spirit that carries me forward in life today. Anyone who knew Char would tell you what an amazing life force she was.

When I was 13 years old, mom had been tasked with telling me, “Jack has asked for a divorce”. The first words out of my mouth were, “will I still be able to go to San Onofre with him?”… Looking back now I realize that San Onofre was all I had to hang on to at that point. I can’t imagine how hard that must have been for her. I remember many nights of her crying herself to sleep after that. She rose above the tragedy in her personal life. She created a loving home base for Terry and I at 507 Marguerite Avenue in Corona del Mar that was full of her great cooking and an open door to whoever came by. My friends all loved Char. She was always one to look at the glass half full. I have wonderful memories of our high school parties at Marguerite Avenue with mom in the center of all my friends booming Frank Sinatra songs on her concert-sized speakers. 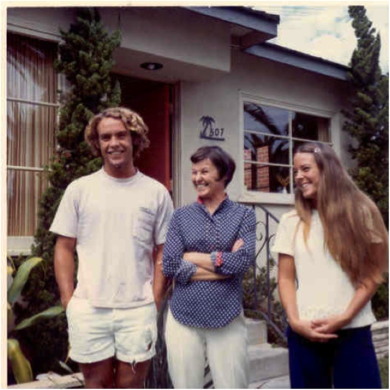 When mom passed of emphysema on January 3rd of 2007, we laid her ashes to rest in the Pacific Ocean on a cold day in Santa Barbara, California. Pallbearers Greg Ross, John Park, Mark Magiera, Skip Lauderbaugh and Jack Schott helped our son Matthew (age 11) and I paddle her ashes out for spreading in the Pacific Ocean. It was a remarkable event, capped by a school of dolphins who joined in for the paddle back to shore.

I read the following poem at mom’s memorial service that day (January 12, 2007). I had written it at her bedside in 1997 while she was on a respirator for seven days after suffering a pulmonary stroke. Doctors had given her very little chance of making it, and told us that if she did survive, memory impairment would not allow her to live on her own again. As Char’s story goes, she lived another ten strong independent years, continuing to balance her checkbook and do all her own cooking and cleaning right up to the day she passed. 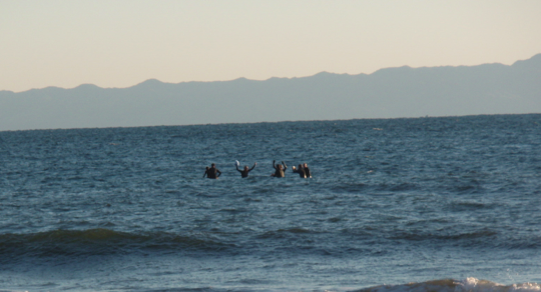 The Spirit of Char

A gift from the heavens, you and Charles were.
Born to a widowed mother with young Norma; it was tough on her.
The Lord blessed you with a spirit, flourishing with love.
A spirit cheerful and happy, embracing hope from above.

Your young life took a big turn, with an accident to the head.
Everyone had an opinion, but your spirit was not dead.
Carried on with great passion, determination, and will.
Yes, your spirit was alive! You would not stand still.

School was more difficult, language came back slow.
You were self-conscious about your bandage, and what you didn’t know.
Your spirit carried you forward, that was for sure.
No fear of the hurdles; your spirit led the cure.

School continued to be a challenge, but your progress was clear,
You stepped way beyond your boundaries, year after year.
Your parents had you tutored, and watched very close.
But what you wanted was freedom; to make of life the most.

Going off to Sun Valley, the Grand Canyon and more.
Time to experience a life different from before.
Then off to California; Malibu on the beach.
Your spirit caught fire, and surfing he would teach.
You fell in love, married in Las Vegas; it all happened so quick!
But it was right, your spirit told you; he was the perfect pick.

Two kids, Terry and Mike; your dreams realized and more.
The move to Corona del Mar; a perfect beach with a house you adore.
This life in California; tell the family, “Zion has moved West!”
Riding your bike to work at our school cafeteria; this was the best.

Your Christmas show was magnificent! Spending days to prepare.
We were so anxious to get presents; credit was not there.
That Christmas tree was outrageous, year-after-year.
You decorated it to perfection and filled it with cheer.
One year with a hundred red apples on that tree,
Each tied with an ironed red ribbon; what a sight to see.

Only now I realize all the work you went through.
Your Christmas was an incredible to-do.
Your spirit mom was Christmas, that goes without saying.
Giving us special traditions that will always keep playing.

Life took a twist when you and dad split up.
Your challenges were many, but your spirit was not struck.
You learned to drive a car; “which pedal is the gas”?
To balance the checkbook, and make sure that school we did pass.

Your spirit was strong and your will even stronger.
Staying cheerful and happy, though your days were much longer.
Enjoying my friends and our parties, which probably never seemed to end.
Everyone looked forward to seeing Char; she was their greatest friend.

Selling our house by the beach was hard on you.
But you had your job at Hoag Hospital and some money; that was new!
You bought a mobile home, at Seacliff by the Sea.
With new orange carpet and green siding; it was now the place to be.
It had more oriental decorations than the restaurants down the street.
And a stereo with HUGE speakers, leading the neighborhood to Sinatra’s beat.

I can taste your lamb dinners, with fresh mint sauce on the top.
Roasted veggies with potatoes cooked to perfection; though you’d argue they’re not.
A special spinach salad with those fresh-baked buttermilk rolls.
All on matching orange oriental china, down to the saucers and bowls.
Then came your German chocolate cake; weighing in at ten pounds.
My friends said it was the best, even better than it sounds.

My memories of you are endless; your spirit is what stands out.
God has richly blessed me; there is no doubt.
Your life was tough, and tests were more than seem fair.
But your attitude was positive; always having a smile to share.

Now you are in heaven, rejoicing with Oa and Paul.
I really do miss you mom, and want to give you a call.
But it was time I realize; our Lord God made the call.
His plan is one of perfection; He has a plan for us all.
So I bid you farewell, while your spirit remains with me.
On to the New Jerusalem; where you now are set free. 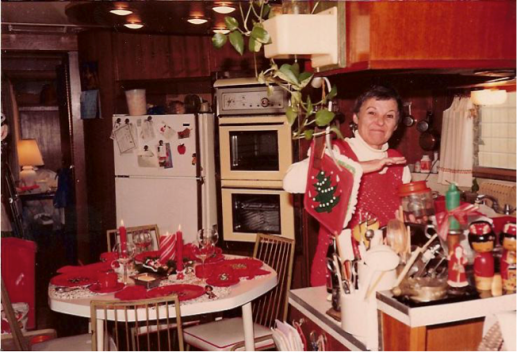 Christmas breakfast at Char’s was an experience never to forget!

Mom suffered a brain injury at age ten in 1936 that greatly impacted her childhood. As a means of documenting this for her grandchildren (Hayley & Brennan; Marisa & Matthew), I found this excerpt from a letter written by her mother Oa to describe mom’s injury (verbatim below):

“It was here that Charlene fell from the top of the shoot-the-slide in the City Park and received a bad concussion. The doctor thought she was not badly injured, but her teachers (who were my friends) said her attention span was very short and quite a problem. When we moved to Salt Lake the Principal called us and said there was something decidedly wrong. She would know something one day and the next day it would be gone. We had her tutored and she seemed to learn quickly, but again, it would leave her. I spent hours in the evenings trying to teach her to read.

In Salt Lake we followed the suggestion of the Principal and took her to Dr. Harrow, it didn’t take long to point out her trouble. The injury was on her main retention nerve. He said she should be operated on or she would become worse. Already her little finger on the right hand was growing crooked, also her right foot had slowed its growth. He told us it wouldn’t be a complete recovery because it had been there so long.

Paul had his appendix out, Lynne (at seven months) had to have her tonsils out, she had been ill with asthma from diseased tonsils, then this operation was about more than we could handle financially. Three days after Charlene’s surgery she had a hemorrhage, her face was so swollen you could hardly tell where her nose was, she couldn’t talk. It took a year before she could walk and talk – still there were words she wanted to say, she tried, but it just wouldn’t come out right. It was a hard experience for her and us all. She was so bad that we all agreed it was only prayer that saved her.”

1 thought on “The Spirit of Char”