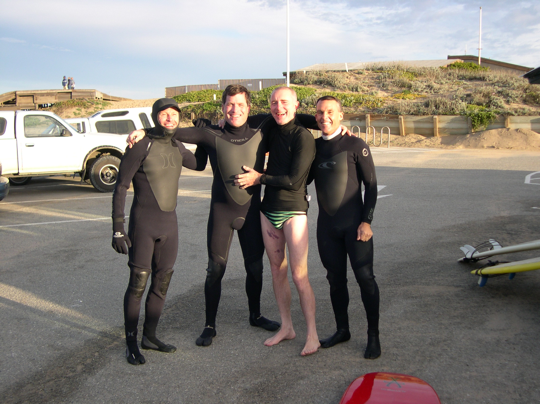 For all surfers, the thought of riding the perfect wave and capturing it on film is something we dream about.  So when my wife Marla asked me what I wanted for my 50th birthday (many moons ago), my immediate thought was to film a surfing movie with my “old” surfing buddies to recapture some of those glorious feelings about surfing!

I had been major stoked my previous three birthdays in early January surfing large Pacific storm swells at Steamers Lane on waves that never seemed to end.  Steamers Lane at low tide on a strong January northwest swell is something you have to experience to understand how good it can be.  It is a thick and powerful wave, which can go on longer than any ever ridden in my years of surfing.  To ride a wave at Steamers all the way from outside around the point at Indicators and into Cowell’s Beach is a big-time thrill.  With a minus low tide, you can walk most of the way back out on the sand to the point for a short paddle out.  Since the rain-soaked storms in January were almost as guaranteed as the frigid water, this seemed to be a plan without fail for a real surfing movie. 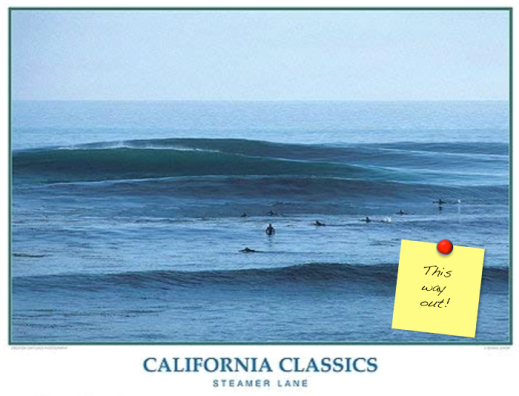 With Marla’s support, I immediately contacted four close friends from my past whom I knew would be excited about the idea:

Despite some objections from the peanut gallery, I decided to title the movie “HODADS”, which in surfer terminology is a surfer without much skill (aka “kook!”).  When you bring together five surfers whose combined ages cover some 270 years, I realized it would be serious HODAD surfing whether we wanted to admit it or not.

Gary filmed HODADS on the weekend of January 14th, 2005.  As luck would have it, we had a freak lull for the entire weekend. Steamer’s Lane was so flat there was not a single surfer in the water on Saturday. So we pinned Gary and his camera equipment into a hotel room with unlimited pizza and beer to spend the entire day recording each of us recalling our early surfing days. On the second day, Gary let us in on a secret spot in Monterey Bay that “always had surf”.  In fact, he was right!  So we did get a couple decent surf sessions for Gary to film. 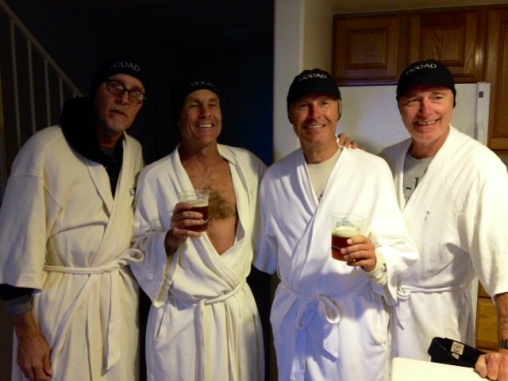 As John Wooden liked to say “Things turn out best for the people who make the best of the way things turn out.”

This movie was all about being stoked with good friends, sharing some of our most precious times together, and enjoying God’s creation.

There are two parts to HODADS (the movie):

Note: The full-length DVD that Gary Irving produced is available for special order through surfingforbalance.com (Contact Mike).  This movie is an abbreviated form of the DVD.